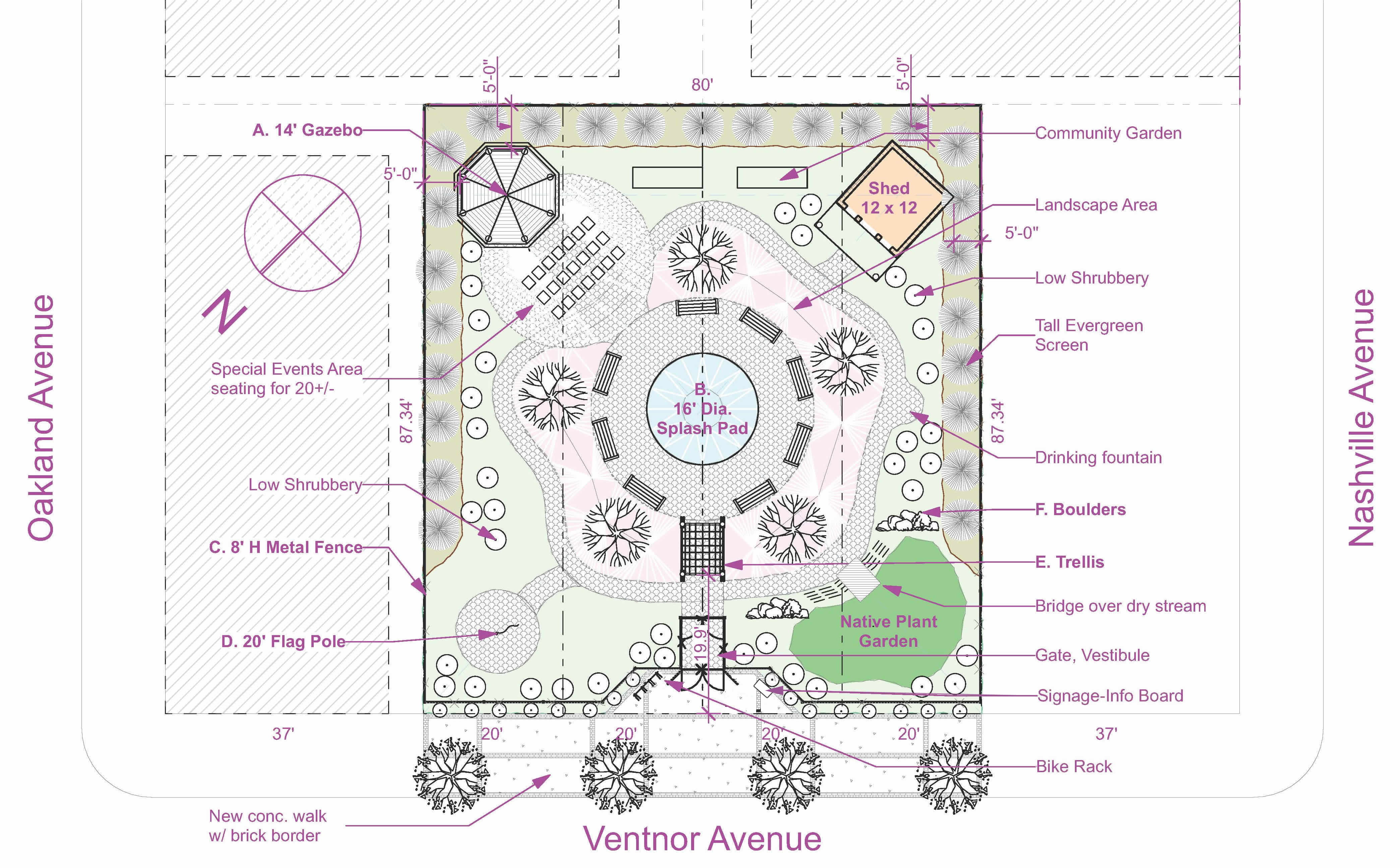 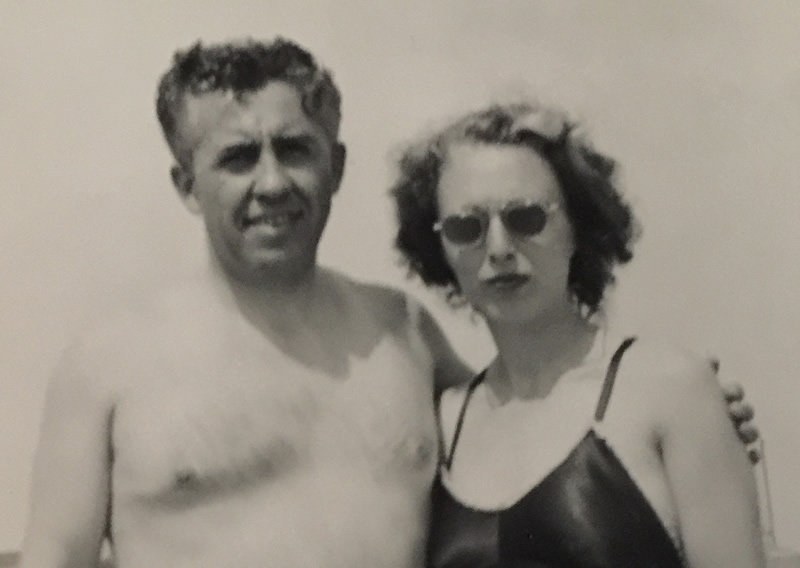 By the summer of 1948, Joe had been honorably discharged from the Army and had worked his way through a general surgery residency with assignments to various hospitals both in NJ (St. Joseph’s Hospital in Paterson) and afar (military and civilian hospitals in California and Ft. Sheridan, IL).  In 1946, he and Esther had welcomed their first child in Hartford, CT as the unsettled nature of America’s post-War years imposed some delays in household formation.

On a trip to visit family, the couple and their 2 year old son, along with Joe’s brother Frankie, his wife Peggy and their own 2 year old son, Francis, all ventured to spend a week in Ventnor.   One of Joe’s classmates in Philadelphia was from Ventnor and couldn’t say enough about how much he’d loved growing up there.  The classmate had returned to practice medicine in Ventnor, and a Ventnor vacation was a chance to visit an old friend.

For Joe & Esther, Ventnor was “love at first sight” as a place to enjoy ocean and beach.   Thereafter, as they settled into home-life on Cooper Street in Camden and later on Maple Ave. in Merchantville, the summer “constant” of their growing family’s life found them renting a home every year across from St. James Church and watching their growing brood, along with cousins, become “beach babies.” 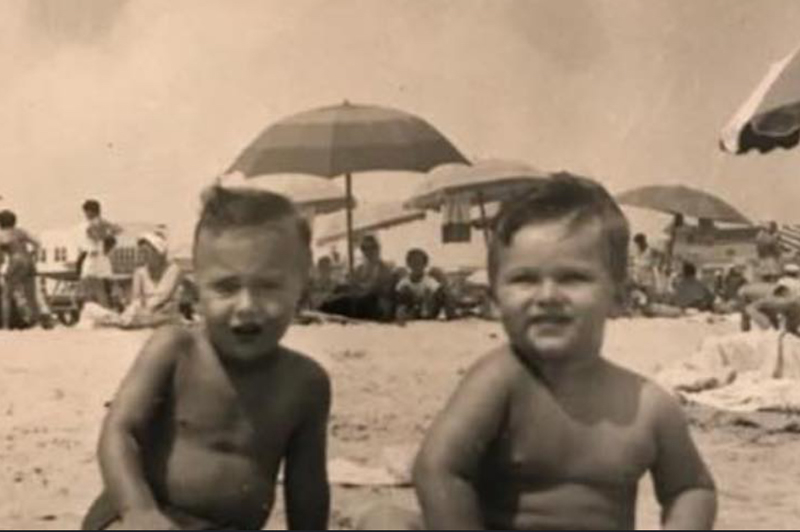 In 1962, they bought a summer cottage on the bay in the Heights.   It was a classic summer-only boathouse, with no central heat, one bathroom and a “take-a-number” system for waiting to use toilet or clawfoot bath tub.  During the week Esther’s mother, “Nana Nellie” who had joined the household after being widowed in the 1950’s, would take charge of the three kids and an assortment of their cousins.  And on weekends, parents and uncles/aunts would drive in from Camden county towns to enjoy large Sunday suppers. 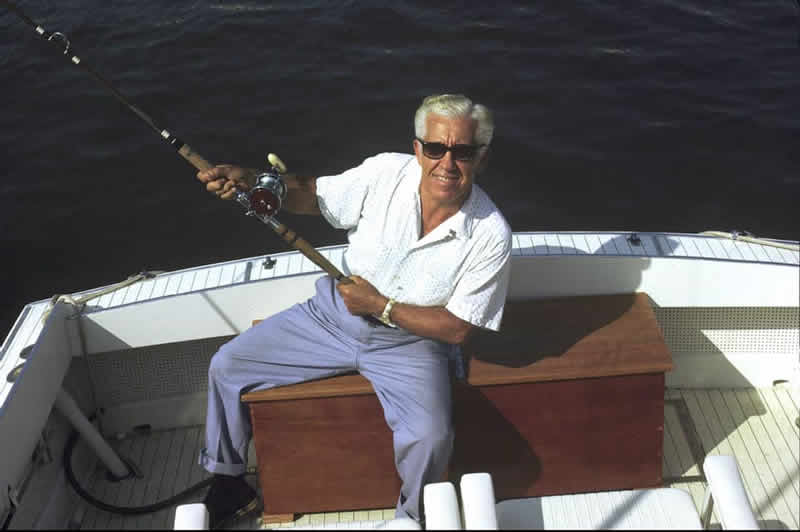 Although he’d never learned to swim, Joe bought an old wooden boat (“the Luke”) and avidly pursued fishing with a comradely group of Ventnor fishing buddies.   He loved to garden (he prized his Ventnor-grown tomatoes!), to paint the white picket fence at the cottage, and as the years passed, Joe and Esther marveled at their growing “bounty” of lively grandchildren. 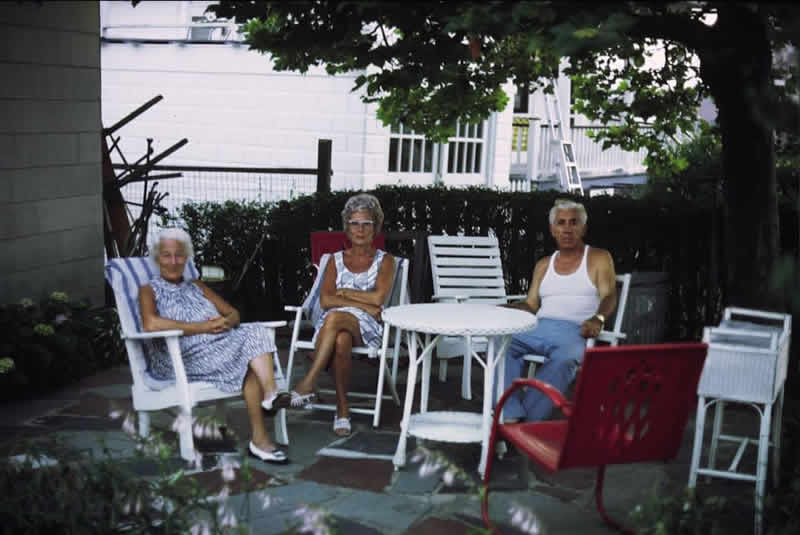 While there are photos of Joe & Esther attired in “Sunday best,” it is a photo of them with “Nana”, sitting in the shade of a large sycamore in front of their humble Ventnor cottage, ready to exchange pleasantries with familiar neighbors and passersby returning from the beach, that is especially cherished. It symbolizes the casual summer relaxation that was synonymous, for them and their entire family, with the word “Ventnor.” 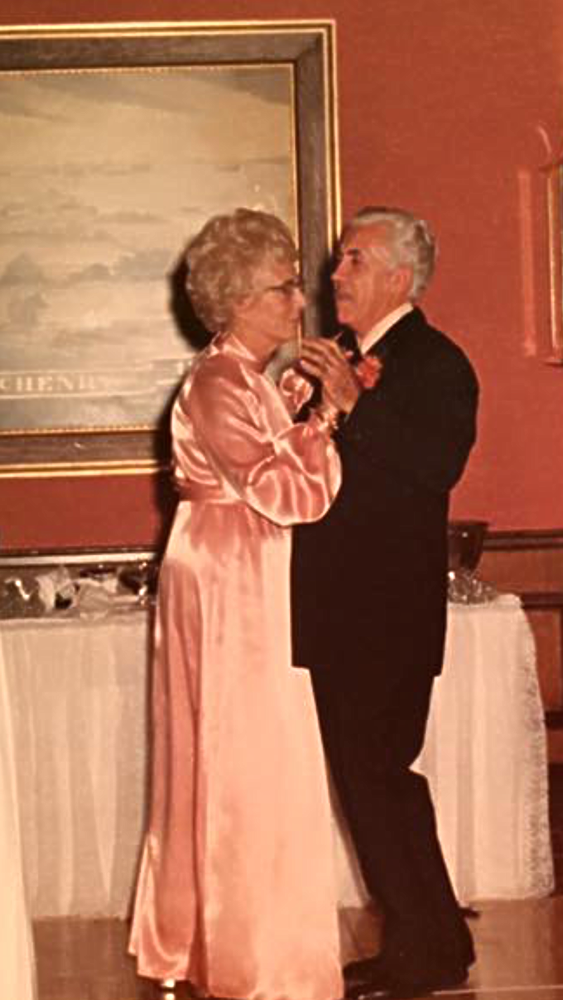